That’s what a speech pathologist asked Michelle Grodecki a decade ago when her son, Oscar, was diagnosed with a rare type of hearing loss at 18 months old.

The specialist at the Saskatchewan Pediatric Auditory Rehabilitation Centre (SPARC) told Grodecki that Oscar’s best shot at learning to communicate would be through medical approaches. Learning American Sign Language (ASL) was out of the question.

“I was told, ‘That’s really not the best option. We really want him to speak, and sign language is going to prevent him speaking,'” said Grodecki, who lives in Regina.

For decades, academics around the world have argued over how best to support children diagnosed with hearing loss. Some criticize what they call a binary way of thinking that favours medical interventions over sign language. They say that can lead deaf and hard of hearing kids to struggle to develop socially, delay them in school and cause them to feel isolated.

Despite calls for broader access to ASL, change has been slow in Saskatchewan.

WATCH | In this ASL-interpreted video, people explain the importance of learning sign language — and what’s getting in the way of early access:

Favouring hearing interventions over ASL can lead to language deprivation in deaf people, some say

People are criticizing what they call a binary way of thinking that prefers medical interventions over sign language. They say that can lead deaf and hard of hearing kids to struggle to develop socially, delay them in school and cause them to feel isolated. 6:52

According to a 2016 Saskatchewan Human Rights Commission report for Deaf, deaf and hard of hearing people, Grodecki isn’t alone in her experience at SPARC.

Most families are sent to the centre after hearing loss is detected during a newborn screening test. SPARC focuses largely on improving speech through technology, like cochlear implants (devices that electrically stimulate the hearing nerve) and auditory verbal therapy, which focuses on listening and speaking without lip-reading.

SPARC takes this approach because most deaf babies are born to hearing parents who want their children to be part of their speaking culture, said Lynne Brewster, the audiologist who runs the centre.

She said sign language support is usually recommended later, should the auditory verbal therapy or cochlear implants not work.

“We really are not in a position to be all things to all people,” Brewster said, noting it’s only her running the centre with a couple of part-time specialists.

She’s also found children learning ASL while trying these other approaches can hinder their speech development.

But the report says this point of view is “in contrast to the opinions expressed by other health-care professionals who participated in this process.”

It also says the “medicalization of deafness and the focus on medical treatments … is seen by some as an attempt to oppress and invalidate Deaf culture.”

“We are killing off a culture,” she said.

Joanne Weber, the Canada research chair in deaf education at the University of Alberta, thinks a “very pervasive and very unconscious” stigma against sign language is partly to blame.

“People are going, ‘It would be nice if deaf people could talk because that means that I don’t have to do anything. It would make my life easier,'” she said.

As a deaf child in the 1970s, Weber said she was subjected to the “oral agenda.”

“I was able to [speak],” she said, “but it didn’t necessarily account for all that I needed to do to develop into a whole person.”

Weber only learned ASL when she was 25. She remembered doctors saying, “Why would you learn sign language? You can speak, for god’s sake!”

Weber said there is a growing body of research that shows using both sign language and speech development tools pays off.

“That’s because if the cochlear implant and the auditory rehabilitation doesn’t work, at least you have given that child a language,” Weber said, pointing to an article from the Maternal and Child Health Journal.

That also means a child’s social and emotional development aren’t stalled, allowing them to learn at the same rate as hearing children, she added.

When Oscar was unsuccessful with auditory verbal therapy, Grodecki did her own research and learned sign language through DVDs. The boy’s speech developed the more they signed together.

When the speech pathologist noticed improvements in Oscar’s communication, Grodecki said she assured them he would “drop the sign language eventually.”

Looking back, Grodecki sees the first 18 months of Oscar’s life as wasted time.

“I sacrificed language development chasing that dream of speech,” the mother said.

The impact of language deprivation

When ASL is used as the last resort, Weber said it can lead to language deprivation. That means it’s more difficult for children to learn to read, write or talk.

That’s when many parents connect with Saskatchewan Deaf and Hard of Hearing Services, a non-profit organization that helps families learn ASL.

At that point, most children are dealing with mental health issues because they don’t have the language to express themselves, said Rae-Mairi Richardson, a sign support professional with the organization. Studies in the U.S. and Australia have indicated higher incidence of mental illness among children with hearing loss.

“Because they’ve had inadequate access to information, the frustrations are ingrained into them,” Richardson said.

‘Looking for who I was’

For the first few years of Fatima Tun Nafisa’s life, she only understood the meaning of one word: hurt. She first heard it as a toddler, visiting a hospital in her home country of Bangladesh.

“I realized that’s how I felt,” said Nafisa, now 19, who was born with severe hearing loss.

“I just felt so deflated and didn’t know who I was or what my place was in the world … Was I going to be normal?”

WATCH | Fatima Tun Nafisa describes, in ASL, the impact that being deprived of, then learning, sign language had on her life: Learning, expressing herself with ASL gives woman strength not to give up

Fatima Tun Nafisa, who was born in Bangladesh with severe hearing loss, was pushed to read lips and work on her speech with the help of hearing aids. It was only after moving to Regina and attending a high school program for deaf and hard of hearing people that she learned the power of ASL. 2:29

For years, her parents tried teaching her to read lips and worked on her speech, with the help of hearing aids. It’s something doctors were pushing them to do.

When she was 13, Nafisa and her family moved to Regina. There, experts gave them the same advice: speech is better than sign language.

“I was very depressed,” she said, explaining that communicating her feelings was difficult. “I was still looking for who I was.”

It wasn’t until she transferred to a high school program for deaf and hard of hearing people two years later that she learned the power of ASL and the community that came along with it.

Her parents still weren’t on board, though. So Nafisa signed in secret.

Then her parents saw her perform in a show cast entirely with people who are deaf and hard of hearing. Her family was in tears. Her sister even apologized.

Nafisa remembered thinking, “Wow, I can change my life and I don’t have to give up. I can keep going.”

Give children all options, advocates say

If all of the options — including auditory verbal therapy, cochlear implants, hearing aids and ASL — were available and promoted to parents when hearing loss is first detected in a child, experiences like Nafisa’s could be avoided, Richardson said.

It’s among the 15 issues in an updated Deaf, deaf and hard of hearing stakeholders report by the Saskatchewan Human Rights Commission, released in October, that still need to be addressed.

Providing access to sign language education is also noted in the United Nations Convention on the Rights of Persons with Disabilities, of which Canada is a signatory.

For those who do seek out sign language education, access in Saskatchewan is limited. It’s often focused on “signed English” — which isn’t a language but the translation of words into hand signs — instead of ASL.

There are specialized programs in a few schools in Regina and Saskatoon. Although, according to the human rights report, many parents have criticized these instructors for lacking qualifications. That’s because many tend to be educational assistants rather than teachers of the deaf.

Weber went so far as to call Saskatchewan “one of the worst places to live for deaf people” when it comes to ASL education.

Nafisa said learning ASL in school changed her life. She wishes her parents had received advice sooner that it was a viable option.

“You would never question a hearing person who uses glasses,” she said. “For me, as a deaf person, sign language is my glasses.”

Grodecki encourages parents with deaf or hard of hearing children to offer them choice.

“Your kid is going to tell you what they want,” she said. “Giving them every option and every opportunity, until they’re old enough to make that decision, will make you feel so much better.”

CBC Saskatchewan thanks Michelle Grodecki and Karen Nurkowski for their help interpreting some of the interviews featured in this piece.

Community Making and Black Flourishing Through the Scarborough Charter 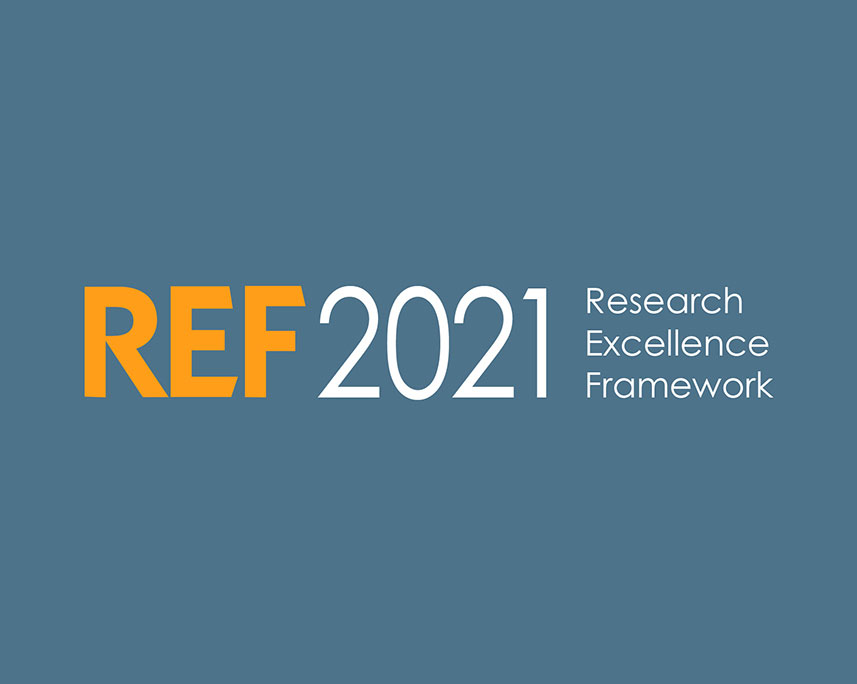 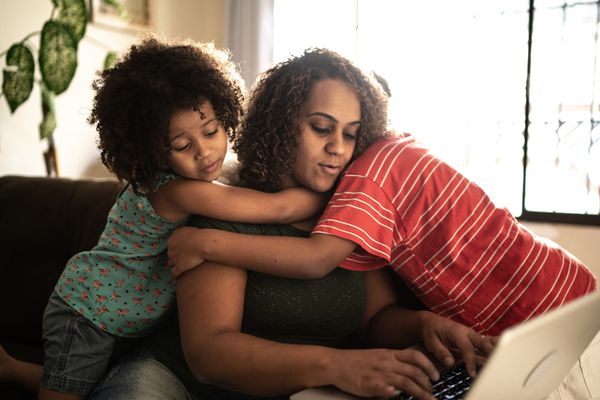